"A venturesome minority will always be eager to set off on their own, and no obstacles should be placed in their path; let them take risks, for godsake, let them get lost, sunburnt, stranded, drowned, eaten by bears, buried alive under avalanches - that is the right and privilege of any free American." --Edward Abbey 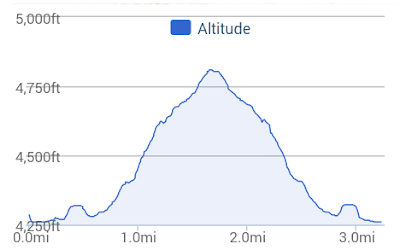 After nearly an hour of watching the rare desert rain storm push over the La Sal Mountains, through the valley and over towering rock formations we decided to head up the trail toward Delicate Arch. The dark sky still lingered as we wandered past the the Wolf Ranch, over the mostly dried up salt wash, and made our way over to the Ute petroglyphs. 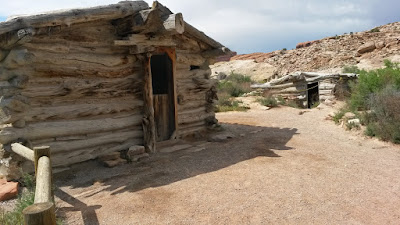 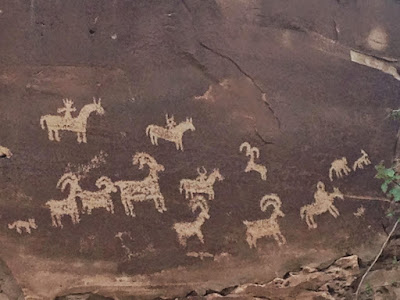 The trail ascended steeply up the slick stone. As we made our way up most people were heading back down, running from the rain that just began to fall again. We zipped up our rain jackets and continued on. The rain was light and cool, making the climb tolerable compared to what it would have been like, slaving upward under the hot desert sun as it beat down on me like it did nearly eight years ago when I first came out here. Now the trail that is usually packed with visitors was almost as desolate as the desert that laid out before it.

As the landscape dipped and curved it's way through the red sandstone, we caught glimpses of blooming cactus and desert loving plants that had managed to find life within the small crevasses that hold water, even for just a short time. 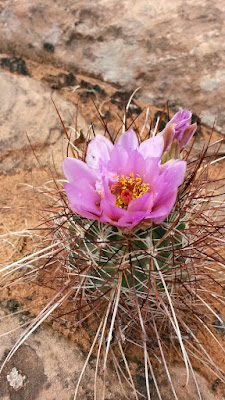 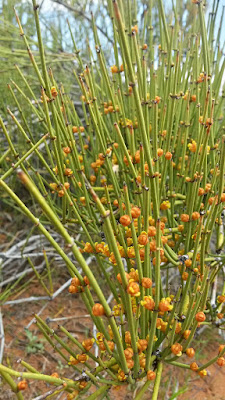 The rain dried up almost as quickly as it had started to fall. We rounded the final bend and the wall to the our right that had been guiding us along our route suddenly dropped away, leaving a breath taking view. There, the delicate arch sprang upward and folded back down to the earth as if to plant itself firmly into the sandstone beneath it's feet. We cautiously descended down to the Arch. It's only when you you find yourself beneath it that you come to understand that true size of its nature. 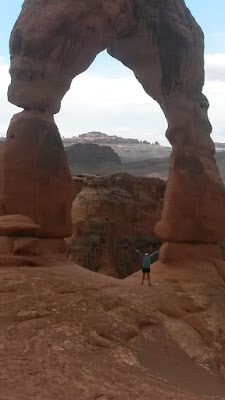 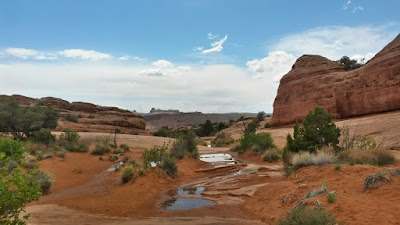 Views to the right of the Delicate Arch 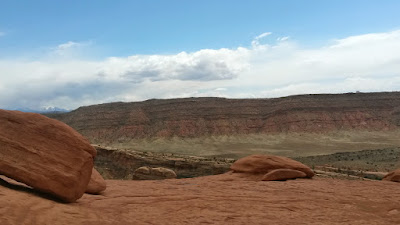 Views to the left of the delicate arch 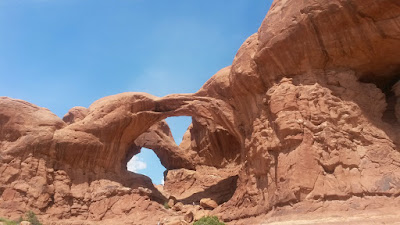 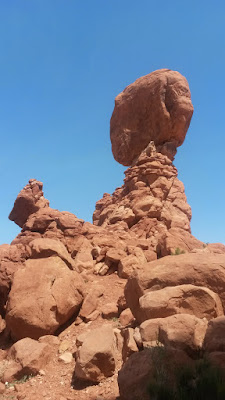 Balanced Rock. These rock formations are formed by the varying erosion rates of the different rock layers 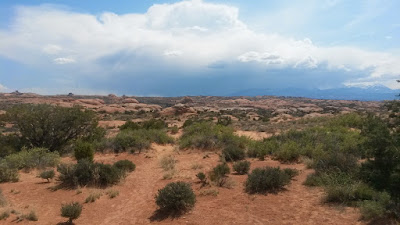 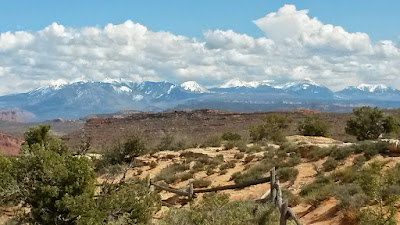 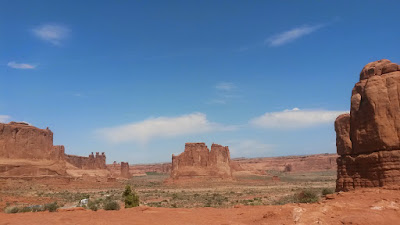 Far Left: The Gossips and Sheep's Rock Middle:Tower of Babel and The Organ
rralbritton at 4:21 PM
Share